Festivals should always start on Fridays. The grounds were not overly populated but you still felt like you were in a crowd while watching acts – you know? Anyway up first on day 1 was Francis.

Francis drew a surprisingly large crowd. I was glad to see so many young faces waiting for him. He came out after Seb Chew, his dj and manager, played some bangers back to back (magnolia and glow included). He started his set in typical Francis style by dancing as hard as possible and the crowd LOVED it. 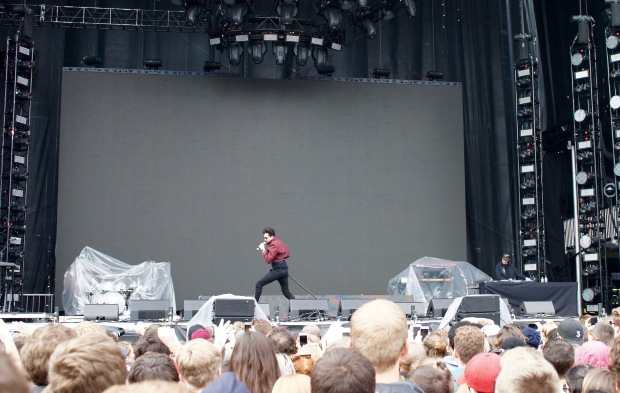 Mostly performing vocals and the occasional keyboard solo Francis was able to keep spirits high midst the unfortunate weather. A personal highlight was when he wagged a finger no to the camera recording him and instead motioned them to record his fingers as he ripped one handed solos.

He ended the set by playing May I Have This Dance and sang both his and chances verses. The crowd was generally disappointed and started to chant for Chance. At the end, however Chance ran out and Francis restarted the song as the two danced together. 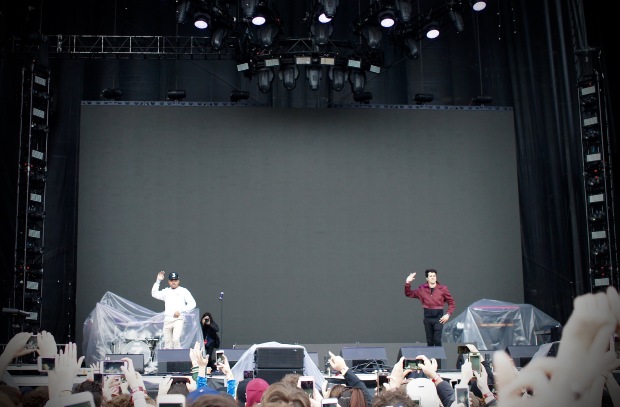 Another standout set was Mac Demarco.

Mac and company were a tight knit group as they played through their set very visibly having fun and taking breaks to chug Jameson. I was especially impressed when Mac broke a string in between songs and the band broke into a quasi cover of A Thousand Miles to buy him time. I say quasi cover because the only lyrics sang were ‘Making my way down town.’ They even invited a kid up to dance on stage who apparently skipped his prom to attend. Security grabbed the kid as he walked on stage but Mac ran over and defiantly shouted ‘NO!’ until the guard gave up and let the kid go free.

We headed over to the other stage for Bon Iver… 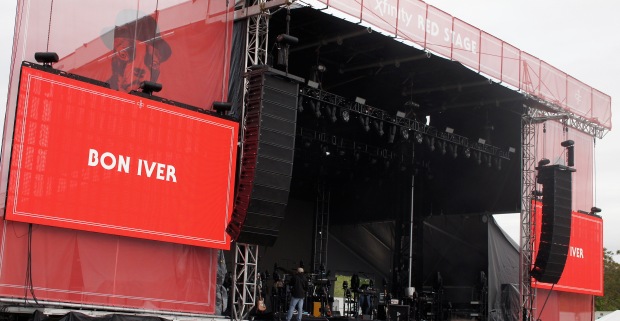 I didn’t expect anything less than greatness from Justin Vernon and friends – I got exactly that. The group of skilled musicians played an electronic album with 2 drummers, a sax section, guitars, basses, keyboards, and OP1s. Other people I spoke to before the show were curious to see how 22, A Million would be performed as it was such a sonically destructive album. The answer was beautifully and as a blend of raw talent and programmed samples. 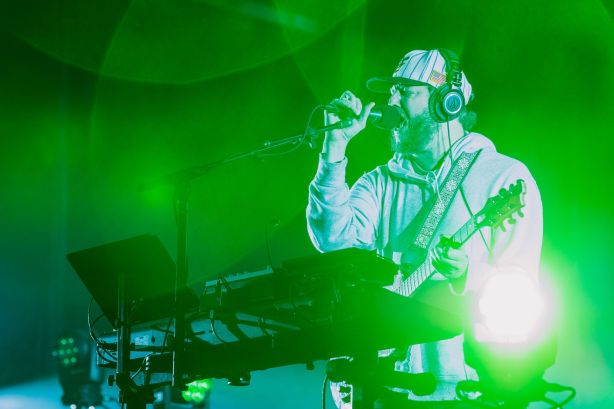 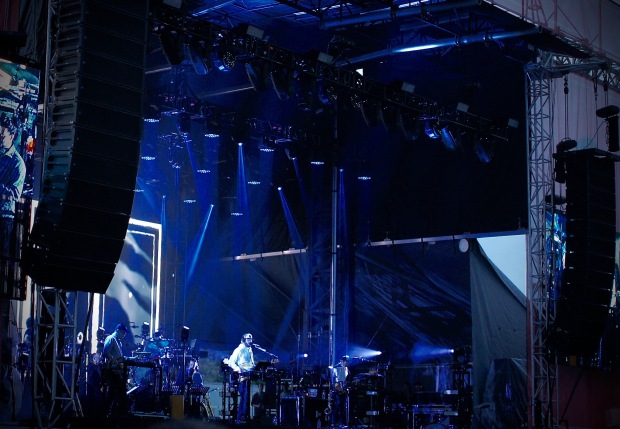 They played the entirety of the album and then moved onto older tracks. The on and off rain made its way back with impeccable timing during Holocene. At this point everyone was starting to realize the performance and overall experience would be something cathartic and spiritual. 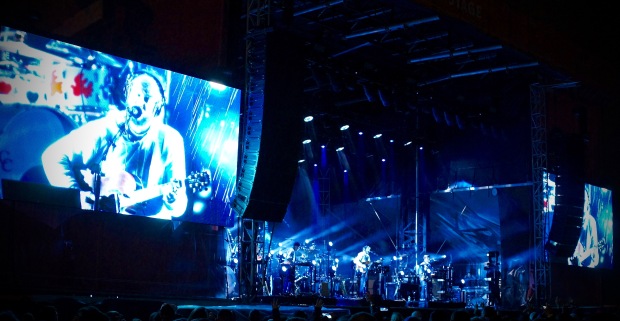 Justin moved on to a solo 12-string performance of Skinny Love that the crowd belted with him and then the band eventually closed out on Beth/Rest. As comically 80’s and cheesy I thought the production of the song was, seeing it live as a closer made me emotionally. I’m pretty sure there were some tears in the rain that night.

The crowd sloshed through the mud to get in position for Chance. 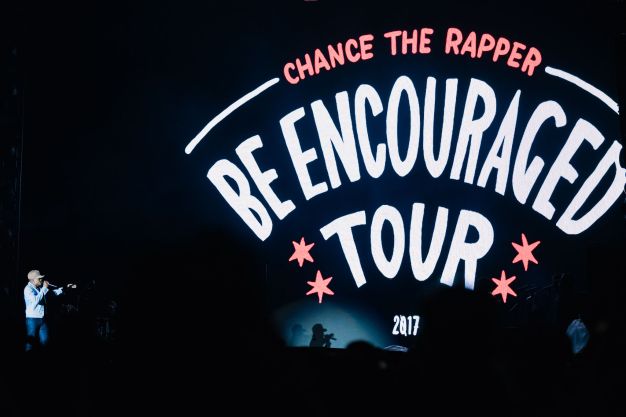 Chance put on a great energetic show. He was dancing, singing, rapping, and taking/giving cues to and from his band mates Nico, Peter, and Stix. They would strip songs to their most intimate details and then build them up to the point where the very fields of mud we stood on shook. Needless to say he succeeded in his goal to ‘Shake this bitch’.

Chance ran through the (VIP) crowd with security to just behind the lighting tent to perform Same Drugs from a satellite stage. Again the crowd banded together as they sang the song and it was glorious.

All in all day 1 was great. Stay tuned for a day 2 recap soon.