Day 3 – The final day of the festival.

Grounds smelled like feet and hay. The crowds were the biggest they had been all weekend but everyone seemed tired and a tad bit sad as they knew things were coming to a close.

I started out with Mitski.

The crowd was buzzing for Mitski – she piqued a lot of interest coming into the festival. In 2015 Rolling Stone named her one of their ‘10 Artists You Need to Know’. Her music reflects the duality of being both Japanese and American but feeling as if she doesn’t belong to either side. 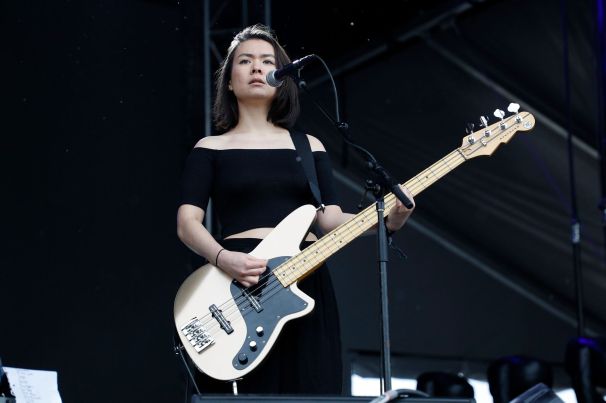 The indie rocker put on a stoic performance as the sole singer within her band. Needless to say I’ve become a fan and am curious to see where she goes with her next project.

I stood in wait for an hour and made my way to the front for Flatbush Zombies. The wait was completely worth it.

The Zombies played their album 3001: A Laced Odyssey from the beginning and I was surprised by how many of the kids knew the entire album. As they got deeper into their set kids were moshing, crowd surfing, smoking, and screaming. I got lucky and ended up somewhere near the front rail. This performance was definitely the most energetic I’d been to all weekend – both on stage and in the audience. 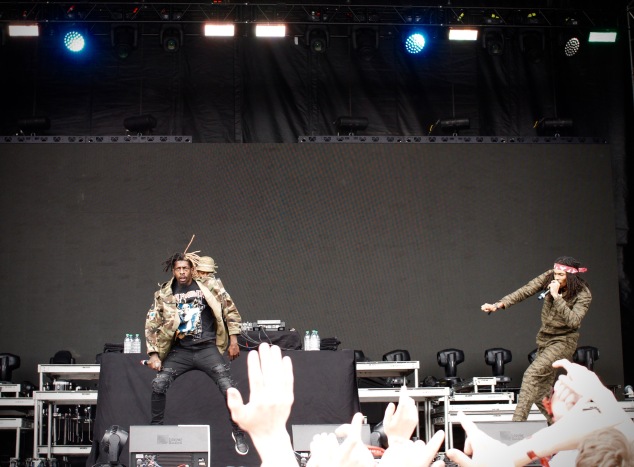 Meechy jumped into the crowd to rap a verse in front of fans and pose for pictures. 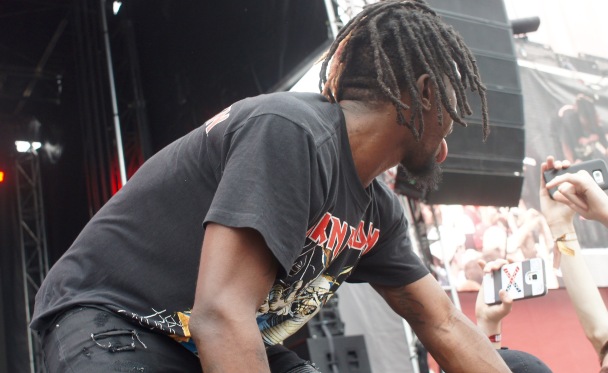 They brought out a fan to rap with them and I was impressed by how he held it down. The Zombies were also impressed as they laughed in disbelief but still danced around stage with him. 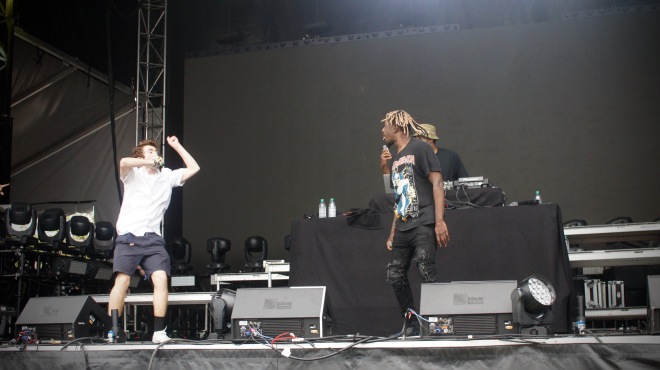 At the end of it all he asked to say something on the mic – he told everyone to follow him on soundcloud.

I caught a bit of Run the Jewels from a distance.

Killer Mike and El-P, two hip hop heavy weights, have been making their rounds in hip-hop with their roll out of RTJ 1,2, and 3. Their stage was easily to spot from a distance with their signature ‘fist and gun’ hand gesture props adorning the red stage. 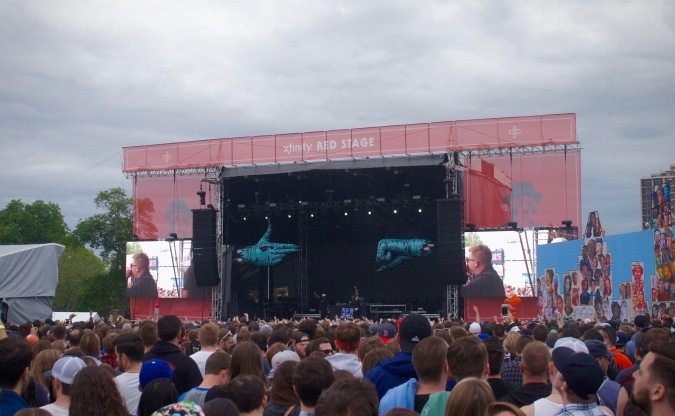 They had the crowd’s attention but the energy levels had diminished since Flatbush Zombies performed and clouds started to roll in.

The bromance is undeniable, though. 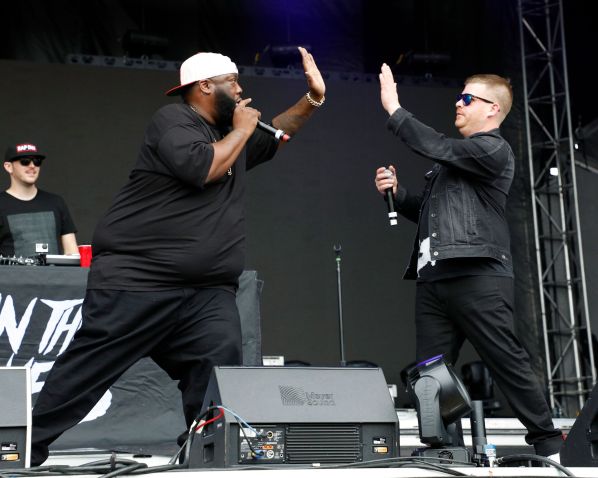 Cage the Elephant rocked the stage and brought energy levels up again.

Lead singer Matt Shultz leapt past his own security and into the crowd to sing with fans.

Up last for me were headliners Weezer and Major Lazer.

Weezer effortlessly played hits for the hour and fifteen minute long set. The crowd sang along with each and every song.

They especially played to the crowd when they played Hey Ya and had a slide show of powerful, inspiring women (including Tina Fey and Michelle Obama) while they played Thank God for Girls.

The last act I was able to catch part of was Major Lazer.

The trio, composed of Diplo, Walshy Fire, and Jillionaire, got everybody dancing on Sunday night. They even pulled their signature hamster balls out as they rolled over the crowd. 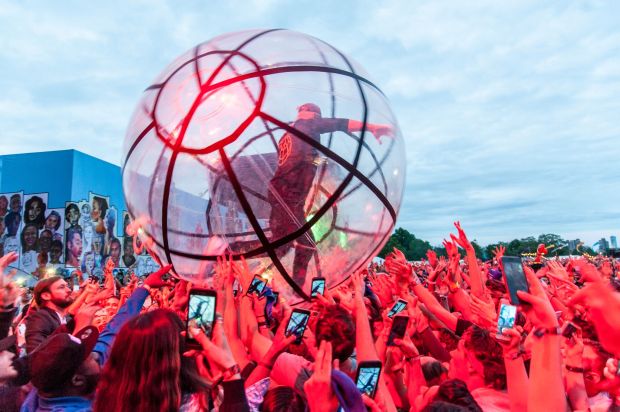 Boston Calling 2017 was a great experience. Artists had fun. Attendees had fun. Vendors had fun. The event went well despite the weather and most importantly those in charge took feedback via social media very seriously. They heard complaints about food lines and made sure vendors on day 2 and 3 had shorter lines.

I’m thankful to have been a part of the experience. Special thanks to 44 Communications. Until next time.